Get fresh music recommendations delivered to your inbox every Friday.
We've updated our Terms of Use. You can review the changes here.

The Wondrous Folly of Vaughn Frogg 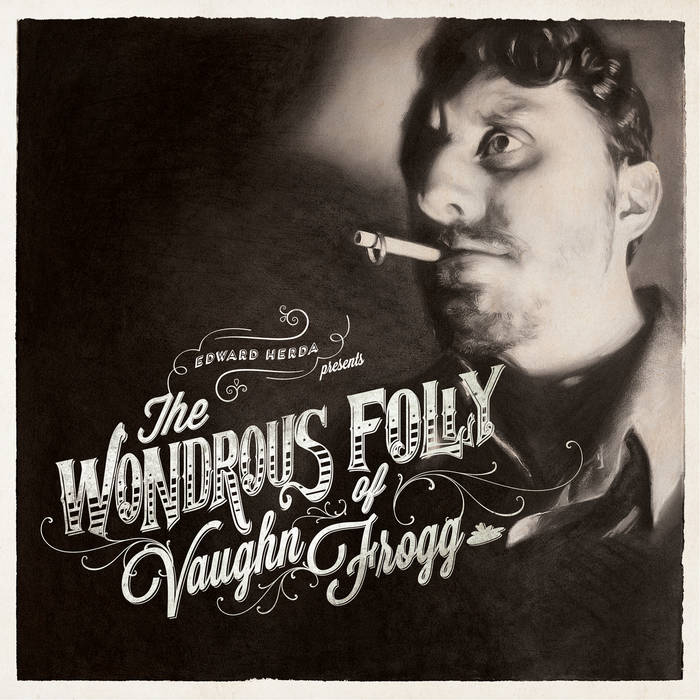 tHE bAWD oF eUPHONY

In the spring of 2011 my world was rocked in many ways. It was time to take stock in the life I had been abusing for so long. The months following the fleeing tornado saw a lot of change — I became addicted to it. So in September 2011 left my full-time job in advertising and ran to the desert not really sure what I wanted to do. I holed up in a small motel called The Pioneertown Inn with my instruments and endless amounts of corned beef hash. There I had long, inspiring conversations with the desert's silence. And it was there It in that small shack that I wrote a large portion of these songs.

Special thanks to my beautiful tornado, BT. Without her I would probably be dead.

All songs written by Edward Herda
Produced, engineered, mixed and mastered by Max Allyn at Dig It Studios

Edward Herda is a writer and storyteller who has worn many hats within a variety of creative fields his entire life: Stand- up comedian, creative director and musician. The music he writes is just part of his overall vision for living a life filled with original thoughts. ... more